The preschool toy market is coming back – kinda 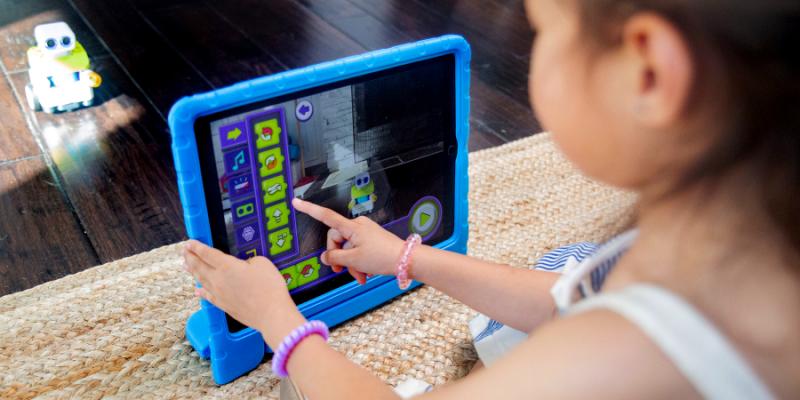 Global sales of preschool toys – aimed at children typically between the ages of two and five – have stagnated since 2011. Only now are we beginning to see the first glimmers of a turnaround. The category is significant as it accounts for nearly 14% of a $100 billion global toy market.

The sales of the four major toy manufacturers – which alone control around a third of the total preschool toy market – tell the story:

We can see a similar trend – decline and slow recovery – in consumer interest levels as expressed on social media for Fisher-Price:

The questions that occupy the minds of many toy marketers are: what caused the decline, why did it start when it did, why does it now seem look back and what does the future hold for the category?

There are, in my opinion, three main drivers – the economy, demographics and technological events.

Economically, real household income took a hit in all advanced economies following the 2009 recession. The United States, as the world’s largest economy, is a good example:

Real median household income essentially stagnated between 2000 and 2009, then fell and remained at that lower level for the next five years. What this means is that the Smith family, earning $40,000 a year and having real difficulty surviving, gradually saw their income decrease by about $3,500, or almost 10%. This family had to start making tough choices – do we eat or pay the rent; do we get gas or medicine; Do we have warm clothes or do we heat the house? And then the parents realized that there was a way to save real money without hurting anyone – reducing the toys given to little guys. Parents discovered that their two-year-old didn’t care if a toy cost $50 or $5 – he or she would happily play with it for about thirty minutes, then focus like a laser on the box, the cute paper and ribbons, before lowering the tablecloth or embarking on other adventures. And so the parents started to migrate down the price scale, and that started to drive down the selling dollars of the category.

Now, with the economy reviving and the Smith family’s fortunes slowly returning to their old levels, will parents go back to their pre-recession habits and pay $50 for a preschool toy? It is unlikely, as the need to make difficult choices persists. What we’re seeing is a partial recovery, but preschool toy sales are unlikely to fully recover. This recession has been so long and so severe that it is likely to change the shopping habits of a generation just as the Great Depression did in the 1930s.

As for the second driver – demographics – sales of preschool toys depend on population growth. More kids means more toys and fewer kids means the opposite. Here is how population growth happened in the period between 2000 and 2010, and how it is expected to unfold from 2010 to 2020, half of which is already behind us:

Population growth is declining on all five continents.

The picture is less consistent when looking at today’s major toy markets:

The steepest declines are clearly in three key markets – the US, Italy and Germany. As people live longer, this means that the decline for those under 10 is even greater.

Currently, the big toy companies are focusing on the United States and Europe because fruit hangs much lower there than on more distant continents. To ensure their future growth, they must do more aggressive work to expand their footprint in Asia, Latin America and Africa, even if it is more difficult and more expensive. This seems to happen, especially in the case of Mattel (NASDAQ: MAT) and Hasbro (NASDAQ:A) according to the opinions of my Chinese and Indian contacts.

The third factor impacting preschool toy sales is technological – hybrids. Hybrids are a combination of a video game console, video game, platform, and physical figures. The first to hit the scene four years ago was Activision (NASDAQ: ATVI) with their Skylanders, followed by Disney’s (NYSE: DIS) Infinity, then Nintendo (OTCPK:NTDOY) Amiibo, and this fall by Lego’s Dimensions. An estimated 85% of all hybrid sales are for physical toy figures and these compete with traditional toys. Skylanders primarily attack the Action Figure category – at first 25% was against Preschool and now that percentage has dropped to 10%. In the case of Disney’s Infinity, the percentages started at 50% from Preschool and this has now dropped to around 25%; whereas with Amiibo it’s reversed – 25% Action Figures and 75% Preschool. Lego dimensions should again impact primarily the action figure space, with virtually nothing encroaching on the preschool realm.

And here is how the impact on preschool is estimated:

In other words, hybrids are estimated to affect sales of traditional preschool toys by around 5%. Unless a new competitor enters the space or existing hybrid companies begin to focus more on the preschool realm, this percentage is not expected to increase significantly.

Out of the three factors mentioned – economy, demographics and technology – toy manufacturers can leverage two for future growth. They can enter more forcefully into markets where population growth continues to be rapid, and they can invade the hybrid market themselves. We see clear indications that the first – geographic expansion – is on track. Traditional preschool makers have been reluctant to enter the hybrid space themselves so far – because it’s truly foreign tech territory for them – but until they do, they’ll likely be at the thanks of those who will.

Note: This article was first published by Toy World Magazine UK on October 1, 2015.

Editor’s Note: This article discusses one or more securities that do not trade on a major US exchange. Please be aware of the risks associated with these actions.