The disruption of the global supply chain, reduced production capacity and a new regulatory landscape could soon cause a toy crunch in India.

Earlier this year, the Center announced that no toys would be sold in the country without certification from the Bureau of Indian Standards (BIS). This standard even applies to companies that manufacture their products overseas.

India has been a net importer of toys, importing almost 80 percent of its toy requirements. However, in order to continue imports, BIS inspectors would have to visit and certify factories manufacturing imported toys into the country. But after the second wave of the COVID-19 pandemic, new travel restrictions across countries and borders almost halted the certification process.

â€œWe were unable to travel overseas from January due to tighter travel restrictions in some of these countries and also keeping the safety of officials in mind. The situation is gradually improving and we have started the process again, â€a senior BIS official told Business Standard.

With an almost 50% drop in toy imports between FY20 and FY21, there is a significant gap in demand that domestic manufacturers can hope to fill. The big toy makers, like Funskool, have already obtained their certification and can therefore expect their sales to increase by around 20-25%.

But at the same time, most of India’s toy manufacturing capabilities are in the unorganized sector. About 7,560 registered medium and small enterprises (MSMEs) manufacture toys, according to data from the Udyog Aadhaar memorandum. Among these manufacturers, only a small percentage succeeded in obtaining their BIS certifications. The main obstacles have been pandemic restrictions, tagging fees and enforcement issues.

â€œBecause the strict guidelines are not particularly suitable for MSMEs, only around 400 of them have so far achieved BIS certification. This could lead to a shortage, â€said Ajay Aggarwal, president of the Toy Association of India (TAI).

India is one of the fastest growing toy markets in the world. The industry experienced a CAGR of 13%, more than double the global average of 5%. While in the short term the changes may be a problem for retailers, in the long term the industry may see larger investments to meet most of India’s growing toy demand.

â€œToday, we import around 80% of our toys from abroad. Which means rupee crores from the country go abroad on them. It is very important to change this situation, â€Prime Minister Narendra Modi said during the Toycathon-2021, which was jointly launched by several ministries earlier in the year.

“In order to reap the benefits of these segments, we need to speak out for local toys,” added PM Modi.

Previous Old Burton Toy Store Building Kit for New Use
Next Educational toys market by key players (Melissa and Doug, MGA Enternment, Spin Master, Hasbro); Based on the global spread of COVID-19 in 2020 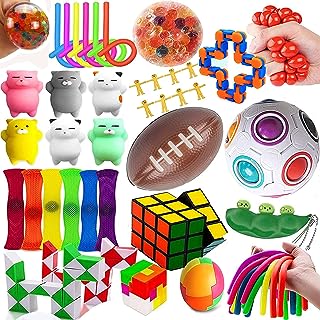