Murder in a toy store: the attacker arrested, the police recover a knife

Located on Onari shopping street in Kamakura, JapanYuji Tanabe Architects’ ‘Onari capsule’ was once an optical store but now has transformed in a fun capsule toy shop. With 65 capsule machines and two face-to-face mirrors inside the compact space, the japanese architect aimed to make the interior as wide as possible from the exterior. It was important to create a visual a distinctive presence in the shopping district while maintaining a traditional Japanese atmosphere in Kamakura City by using lanterns, golden curtains, cypress lattices, En-Mado and slightly reflective silver leaf paper on the ceiling . The architects also introduce the idea of ​​collecting used capsules by creatively designing an interactive lattice wall to place used capsules between the gaps.

Yuji Tanabe Architects creatively aimed at renovating and reviving the previously known optical store. Onari shopping street, leading to the west exit of the city’s train station, is more frequented by locals, where the toy store is located. Nevertheless, in recent years, Onari has also been used as a tourist route to the sea and Hase’s Big Buddha, adding historical value to the shopping area and preserving culture and tradition within the Onari Capsule Shop. Originally, this compact store had about six tatami mats with a width of 3.4 m (11.2 ft) and a depth of 2.8 m (9.2 ft). Outside facing the street, there was a framed door and a glazed window that leaves a low wall paneling – an area of ​​woodwork on the lower part of a room’s walls – which effectively exposed the interior of the store to passers-by in the street. 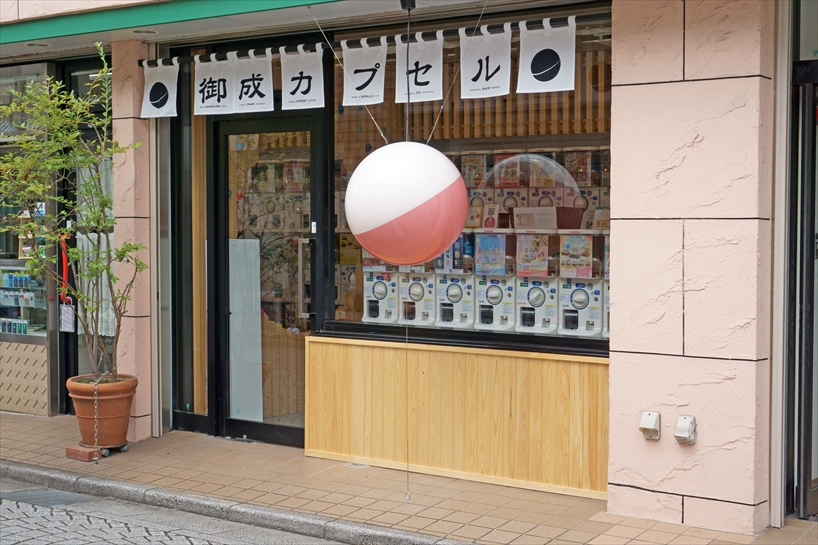 Upon entering the store, 65 capsule toy machines seem to be multiplied endlessly by a 3.4 m (11.2 ft) high mirror on the right side. In addition, the 45mm square Japanese cypress lattices on the mirrored surface are arranged at 4-type intervals (45mm, 55mm, 65mm, 75mm). The gap spaces represent standard capsule sizes since the arrays operate as a system that collects empty capsules. The capsule is inserted between two lattices after removing the contents inside – a fun way to recycle capsules.

The cypress trellis was cut with En-Mado (circles) of different sizes on both sides. By making the En-Mado on the entrance side smaller than that on the opposite side, the reflection on the mirror makes it appear smaller. In other words, tThe perspective is accentuated and therefore it seems further away than the actual distance. Kamakura was a capital city 800 years ago and it has a long history, which is why the Onari capsule is a place that has historical value and offers a new way to support the culture around capsule toy stores while offering a playful approach to capsule recycling. 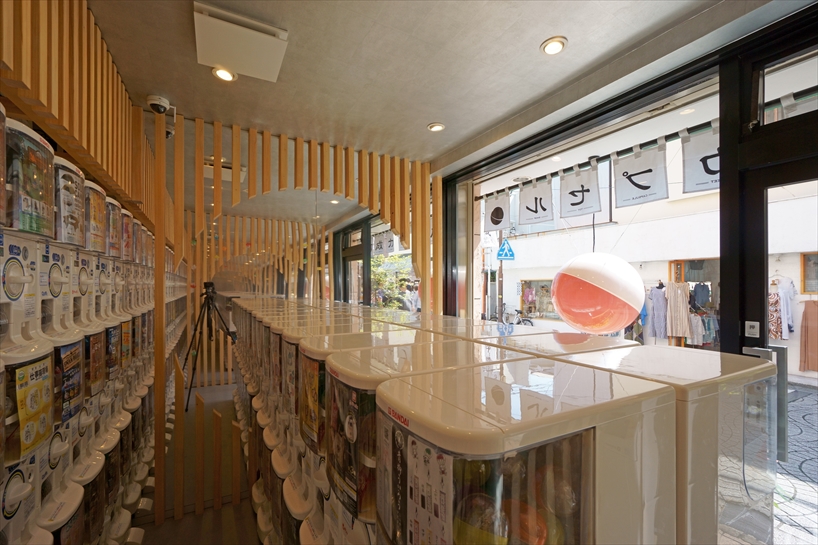 Photo: IENS Chandīgarh: In another shocking incident, a toy shop owner was reportedly stabbed to …